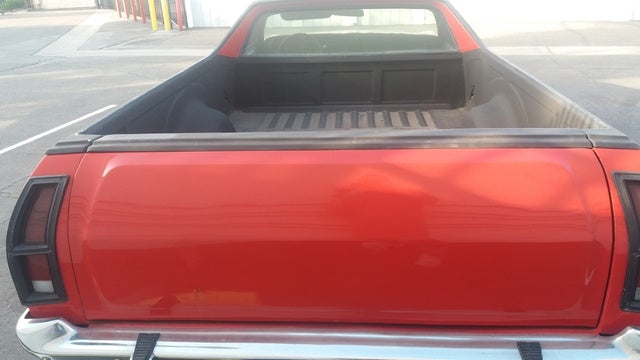 Have you driven a 1973 Ford Ranchero?
Rank This Car

Ranchero 500 - This was my grandfathers car from new, I'm the 2nd owner. Car is all original accept for a few minor changes, ie; wheels, tires, shocks and exhaust. Mileage is only 61K. Spent most of ... Read More

This car is a tank. I love the way the roof is so low on these things. I have a pair of fuzzy dice hanging on the mirror and they touch the dash thats how short the roof is.The preformance is not that... Read More

This 300hp, 6025lb's, Ranchero truly stands out from the crowd. With all the curves in the body and just the stance of the car makes it look mean behind it. This car is NOT a fast car if you were to p... Read More

Fantastic Car, No Complaints Other Then Fuel Milage At 8mpg By Ben

53,493 miles on a 31 year old car, thats pretty good. Runs great, never had any trouble with it, very dependable. Love to drive it as it does have a good amount of horsepower for a stock car. Read More

Engine had over 200k miles when purchased. 7.5L, 460ci bored to 472ci. Gas guzzler. 7mpg. The carb flooded with fuel almost every time I tried to start it. It was more problems than it was worth. Read More

Great Utility Vehicle For Everyday Use By timo826

Having had 3 Rancheros before I really like the smooth ride and the reliability of the Ford 351 Cleveland engines. Full size bed carries anything you can want. Luckily this was an Oregon car for many ... Read More

The Best Thing Ever By Neal