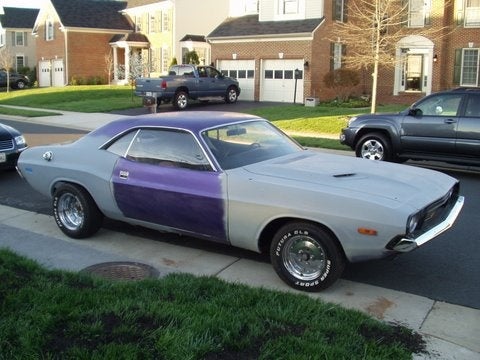 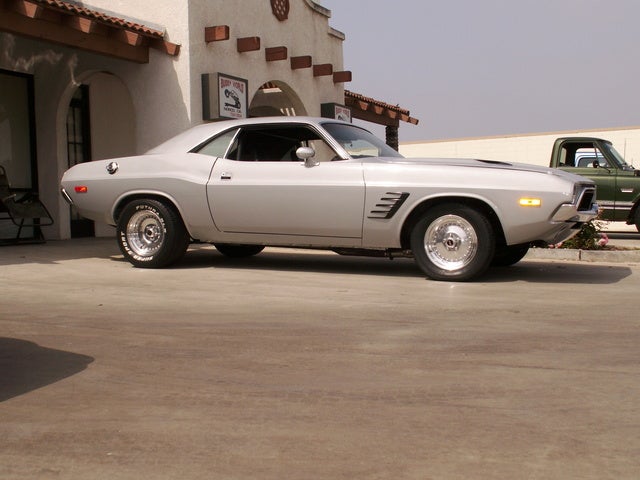 In 1973, sales of the Dodge Challenger actually increased, the only year this happened in the first generation of Challengers. But the pony car that once hit 425 bhp and boasted a quarter mile in 14 seconds was battling growing government emission regulations at the height of the environmental movement, and the Challenger now only offered two V8 engine types -- the basically wimpy 318, 150 bhp or the 340, 240 bhp. While less power than the old Hemi, the lighter weight of the car actually improved handling, turn ratios, and was quick off the line. I wanna go fast!!!

Mid-year, the Dodge Challenger tried to compensate with a 360 V8, 245 bhp. It added more weight to the car, and only added five horsepower, but it was the best way Dodge could compromise between adding power and staying within emission control limits.

In 1973, the Rallye edition was dropped, although customers could build their own from the options list. The exterior remained virtually the same as the 1972 model.

What's your take on the 1973 Dodge Challenger?

Have you driven a 1973 Dodge Challenger?
Rank This Car

I was wondering If its best to run cable under car or through the inside under carpet.what would be best

I put wider tires on and noticed i had more clearence on drivers side.measured from drum to leaf spring and was the same.is this normal or is there something else i should look at?? thanks stooge

what is the easiest and most cost effective way to lift the rear end up 1 to 2 inches. thanks