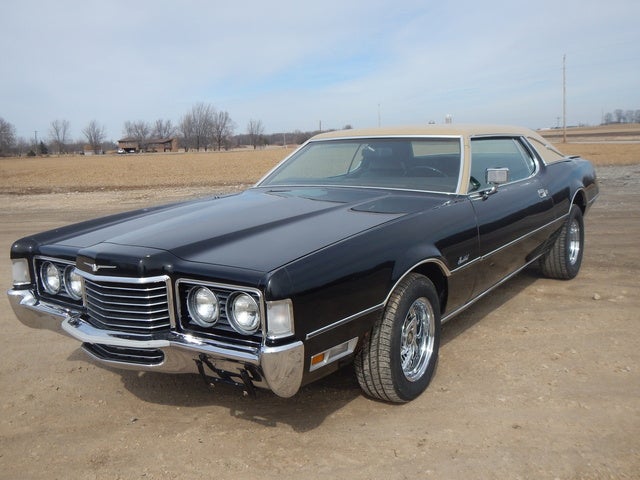 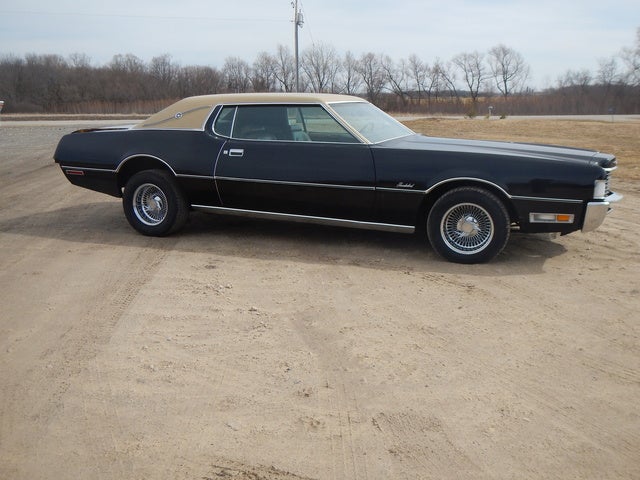 The 1972 Ford Thunderbird was the first of the 'Big Bird' models. With a curb weight of over 5,000 pounds, these monsters were creatures of their 'bigger is better' time. It's hard to understand what inspired the good people at Ford to turn what had once been a sporty performance runabout into something more along the lines of a limo, but the early seventies were a strange and terrifying time in America.

Taking its design inspiration from the Lincoln Continental, the 1972 Thunderbird had a massive front end, a hugely roomy interior, and hulking, blocky styling. Oddly enough, the gigantic '72 Thunderbird was available only as a two-door model. Still, these big old land-yachts are comfortable to ride in, even if they handle more like a boat than a sportscar.

You'll feel the pinch at the gas pump, though. Gas mileage for the '72 Ford Thunderbird is a wallet-shrinking 8 mpg city, 12 mpg highway (not much better than the original Hummer!) It's hard to imagine why someone would seek out a '72 TBird today, except as an experiment in living history.

The '72 Thunderbird had plenty of power under the hood, though. It shipped standard with a 7.0 liter/429 cubic inch V8 engine, and buyers could upgrade to a 7.5 liter/460 cubic inch V-8 if they needed more horsepower to haul that two-and-a-half tons of steel around the roads.

What's your take on the 1972 Ford Thunderbird?

TheHorror Yes, if you do no research, it is hard understand the past. It's much easier to write a little snippet, wearing your ignorant bewilderment as a crown, administering to a legion of fair weather armchair enthusiasts.

GuruQBZDZ My Dad picked me up from basic training in his new 1972 TBird. Driving back from Ft. Knox to Detroit I was cruising at 75 with no one else around. He instructed me to punch the accelerator which produced instant launch with tire squeal. Considering the weight of the car, the power was amazing.

HiramGlumchuck Cruised in my 72 bird for 90 minutes at 100-110 mph back in 1980 on rt 16 between Ossipee NH and Haverhill MA on my way to Putnam CT. Had to recline the seat and set the cruise on 55 to make it back home; short on gas money. Kick down the accelerator at 50 and hang on! Pass everything but a gas station. A great car.

Mark This was my first car in 1983. the car was a powerfull beast. the back seat was the size of a couch and could seat 4 people, 2 or 3 people in the front. i hit and killed 3 deer that jumped out in front of me, causing a dented bumper. Built like a tank, and got about 7 or 8 miles per gallon. I miss that car. They dont makem like that anymore.

GuruF48MW "Kids" ought not be allowed to write about cars and times they know nothing about. You can have your bumpy, harsh riding tin-can go-karts with rubber band racing tires. Give me a comfortable, quiet, powerful, large big block car any day. We're both going to be going down the freeway at the same speed -- but you will have your teeth rattled out of your head, and I'll be serenely comfortable.

GreynBent I loved mine. Got caught with the pollution pump disconnected and had to "fix`it. Joined all the "holes" in the intake manifold to other holes, put on a Holley 4BBL from my 1958 Edsel and it tested out on the government's exhaust gas analyzer as better than the 1976 California pollution standards. Way more than Ontario wanted at the time. Brought my mileage up to 12 city and16 highway (Imperial gallons) and seemed to add a bit of juice.

Have you driven a 1972 Ford Thunderbird?
Rank This Car

Looking For A Rear Flip Down License Plate Assembly For 1972 T-bird. Anythi...

I've come across a 1972 Ford Thunderbird but need to replace the engine, what engine will fit and run best? I'm not looking for an original engine just something that will get it running and get dec...

I Need The Rear Flip-down License Plate Assembly, That Flips Down To Access...

can't find it under the hood

My 1972 Ford Thunderbird Has No Power, No Electricity Even After I've Repla...

My first encounter of this problem was when I tried to turn On the ignition. There was no power at all. I couldn't even turn on my headlights or sound the horn. So I called for a jump start servi...