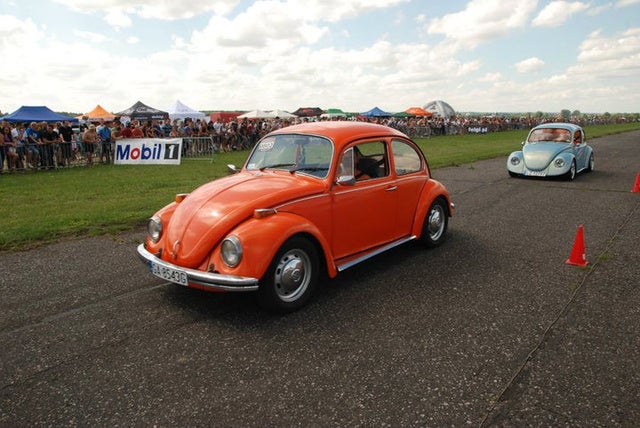 Average user score
4.6 ⁄ 5 stars
Based on 20 reviews
Fun Little Car by Brian_1979 — I loved this thing. It had a 1600 dual port engine, which I don't think was standard in the '71 because I talked to an old Bug collector (would you call a collector of VW Bugs an "entomologist"??)and ... Read more
Most Fun! I've Ever Had! by Andrew — Performance = FUN! Build Quality = FUN! Appearance = FUN! Cost of Ownership = FUN! Fun Factor = FUN! What can I say....My First car.....a traffic cone orange 71 "Flat Screen" Bug with Banana Bumpers..... Read more
Mom & My Beetle by Genevieve — My car handles very well and is rather fast for a old beetle, it rattles a lot but still comfortable to drive. the petrol pedals in this beetle tends to lean to the right after time until it breaks, b... Read more 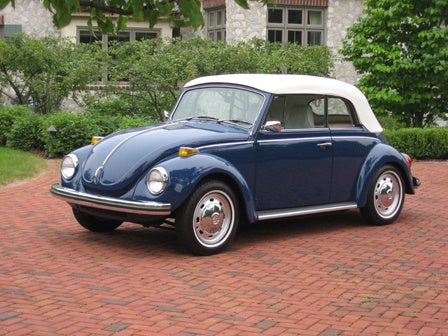 Joining the standard Volkswagen Beetle in 1971 was the new Super Beetle, which was three inches longer than its popular sibling. The Super Beetle also came with larger brakes, an upgraded suspension with MacPherson struts, and twice the luggage space as the standard model. Both models, however, were equipped with the same 1600 four-cylinder, air-cooled engine, which for 1971 had its horsepower upped to 60.

Not to be left in the dust, the standard Beetle received a number of upgrades for 1971, including a wider engine cooling fan, a larger oil pump, and a new clutch assembly. In addition, headlights now turned off with the ignition, and new vents behind the rear windows provided improved ventilation.

What's your take on the 1971 Volkswagen Beetle?

GuruSQ8XN Mini had the tranny with no clutch..Semi-Automatic. Piece of junk!

Have you driven a 1971 Volkswagen Beetle?
Rank This Car

I Have A 1971 VW Super Beetle Convertible With A Karmann Logo On It. What D...

444 views with 3 answers (last answer about a week ago)

Where Is The Battery In A 71 Vw Beetle

Just Replaced The Clutch In A Type 1 Beetle Engine That Is In My Trike. Whe...

Pedal feels like it suddenly either is engaged or disengaged so when trying to pull away you jerk forward and can not hold it on the clutch on a hill. Engine is an 1300 twin port from a 71 - 73 moda...

What Is The Worth Of A VW Beetle 1971 Fair Condition ,some Rust. Needs Some...