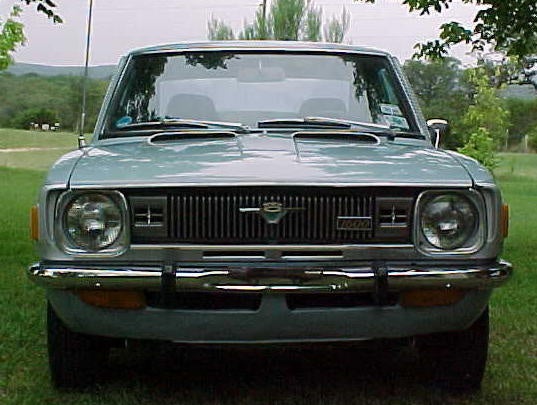 Average user score
5 ⁄ 5 stars
Based on 3 reviews
The Truth by Cookie — I just like the fact it's a type of car i will do up and no one will have the same as me, although i do dislike the fact that it is so old even for me but anyways i aint going to complain anymore it w... Read more
Japanese Muscle by Syed — Small Japanese RWD muscle car, planning on swapping the 4K with a 4-throttle 4A-GE motor OR a rebuilt 2T-G motor. Read more

Little changed for the 1971 Toyota Corolla from the previous year, when it had been slightly modified. Even though it had only been in the US market for a few years, the Corolla was already proving to be a best-seller.

The 1971 Toyota Corolla got a slightly bigger engine, increased to 1.6 liters and 102 horsepower. It was available as a coupe, a wagon or a sedan. The sedan came in three trim levels: Standard, Deluxe, and Hi-Deluxe. The coupe was available in a Deluxe, SL, and SR.

The styling for the 1971 Toyota Corolla was still very simple and conservative, but its value and simplicity was earning many fans.

What's your take on the 1971 Toyota Corolla?

Have you driven a 1971 Toyota Corolla?
Rank This Car

What Will Be The Price For 1971 Toyota Corolla ?

We would like to sell a 71 toyota corolla but we want to know if you know the price that can be sold for?

What Is The Length Of A 71 Corolla?