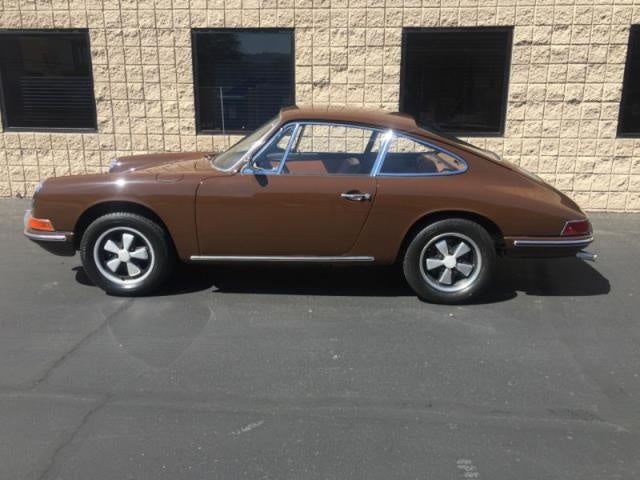 The features are bare essentials. That is part of the charm of this model. I’m sure if you have the discretionary income to justify this purchase ,you will enjoy this car ! Read More

This car drives beautifully, tracks straight, shifts smoothly and brakes well. Nice and tight. I've been driving this all summer when it's not raining. I keep the radio dialed in to a Classic Rock st... Read More

Italien styling and Karmann coachwork is a wonder to behold with a nice paint coat and a good polish. The stance and design of this car is eye catching and the driving experience is pure sport and loa... Read More

I like everything about this car. It turns more heads than a 911 because there are so many of them in 40+ years of production. The 1.8 engine is fair and I can always put a 6 cyl. in it. Easy to wo... Read More

Viva The Cartoon Car! By Blaine

The one Porsche I own that always gets smiles and waves, never middle fingers. I feel like I should wear gloves and a driving cap when I drive it, but then I'd probably get that middle finger, and wel... Read More

I Wish I Still Had It. Sold It Right After I Restored It. By Telstar_55

The 914 was an amazing car! The quality was more than acceptable, the handling performance was outstanding however the engine was sorely underpowered. Mine was just the 1.7L air cooled opposed f... Read More

The 2.0 four cylinder in the 914 4's is potent with a little bit of work. I opted to have the fuel injection removed and 2 webber carbs put in their place. Still tinkering and working around some prob... Read More

When I got the car it was a beautiful car, with nice seats, and it came with an authentic car manual, and the guy knew a place called Auto Atlanta and the car also came with a huge catalog with option... Read More