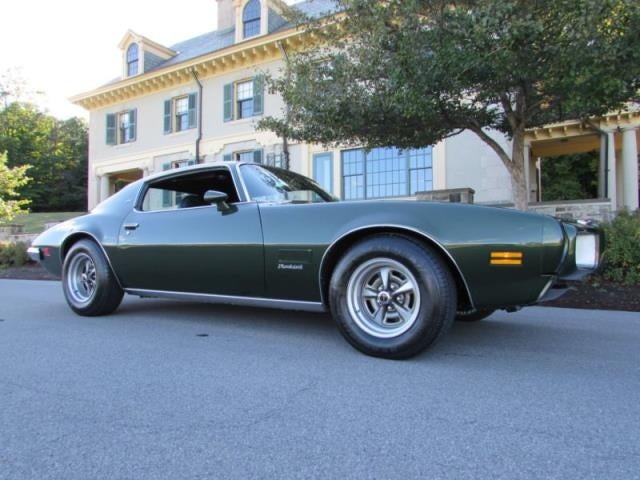 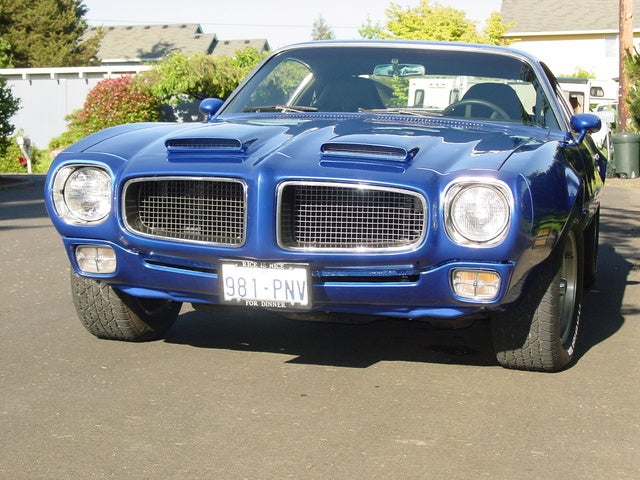 Most of the changes to the 1971 Pontiac Firebird were a result of government emission regulations. Cosmetic changes were few, consisting mostly of new high-back sporty bucket seats and honeycomb wheels which would decorate the Firebird until 1977.
Due to the emission standards, the Ram Air engines were axed and the 400 V8 was downgraded to 300-hp. The Ram Airs were replaced with the new 455, purported to be the last produced muscle car engine. It was available as an option in the Formula Firebird, rated at 325-hp. A high output version, hitting 335-hp, came standard with the Trans Am and used many of the Ram Air components, such as the intake manifold and cylinder heads. Though it had less horsepower than the Ram IV, it got 480 lb-ft of torque and delivered better road handling. The 455 would go through some changes in the 1970s, but would become the iconic Trans Am engine.
The base model 250 straight six engine still rated a measly 155-hp, and the Esprit carried the 350 V8 at 255-hp. In 1971, this 350 V8 was also an option in the Formula trim, which came standard with the 400 V8 at 300-hp. The 1971 Pontiac Firebird, and particularly the Trans Am, had not yet achieved legendary status and in fact were still selling well below the Camaro. For this reason, the Trans Am is somewhat of a collector's item. 1971 Firebird owners love the performance and handling, but don't like the uncomfortable seats and lousy gas mileage. Little tradeoffs for a lot of fun.

What's your take on the 1971 Pontiac Firebird?

GuruYL118 i bought one new in 71 and the gear shift kept breaking----i can remember fixing it at least 8 times.

Have you driven a 1971 Pontiac Firebird?
Rank This Car

Can I Convert My 1971 Firebird Single Spin Diff With New Centre LSD .

My dad has a 1971 Firebird Formula 400 and am looking to restore it. I was looking for any advice or suggestions on what to do and maybe any quality place to have it restored at? How long does somethi...