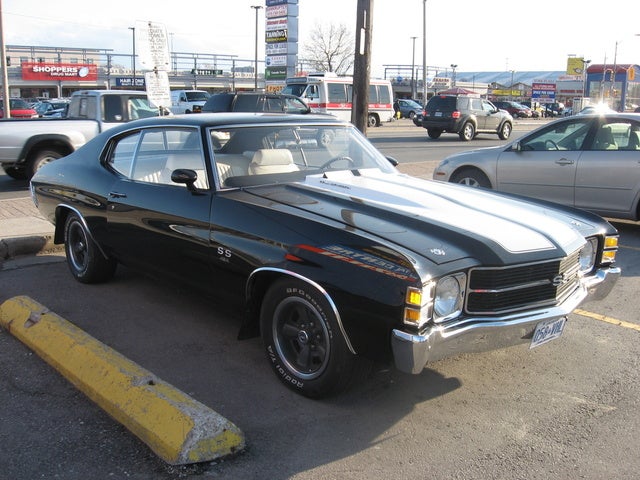 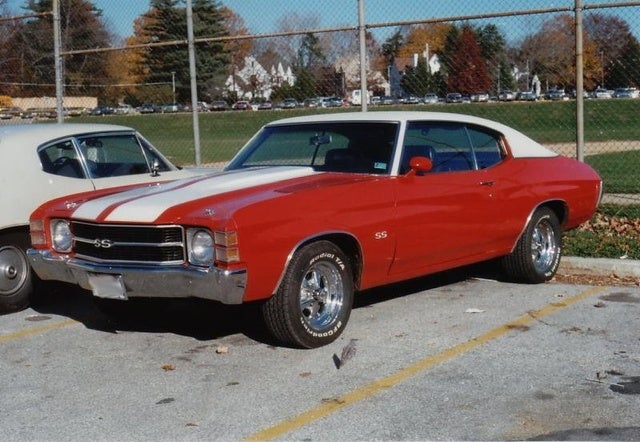 In 1970, GM lifted a restriction on engines over 400 ci, but in 1971, it required all cars to run on unleaded gasoline and to meet strict emission standards. So what's a muscle car supposed to do?

Chevy responded by shrinking the base engine in the 1971 Chevelle, taking it down to a 350-ci V8 rated at 245 horsepower. The top-of-the-line was the LS5 454-ci V8 engine rated at 365 horsepower, down almost 100 horses from the previous year.

What's your take on the 1971 Chevrolet Chevelle?

Have you driven a 1971 Chevrolet Chevelle?
Rank This Car

Is My Chevelle A Real SS?

I have a 71 Chevelle SS with a 350 block. The interior says Malibu on the door panels and there’s no gauge on the dash.. however I did do some online research and it says 2 of the 350 models did ...

What Is A Restored 1971 Chevelle Malibu Convertible Worth Without The Engin...

I just blew the motor in my 1971 Chevelle convertible. I am considering selling the body without a motor as I know everyone has their own vision. I have had a few inquiries already, but have no idea...

258 views with 4 answers (last answer about a year ago)

I bought a 71 Chevelle with a 454. I am uncertain how many miles it has on it as the previous owner only had for about 5 months. The engine may be 1-3 years old. It definitely is time for an oil cha...

191 views with 4 answers (last answer about a year ago)