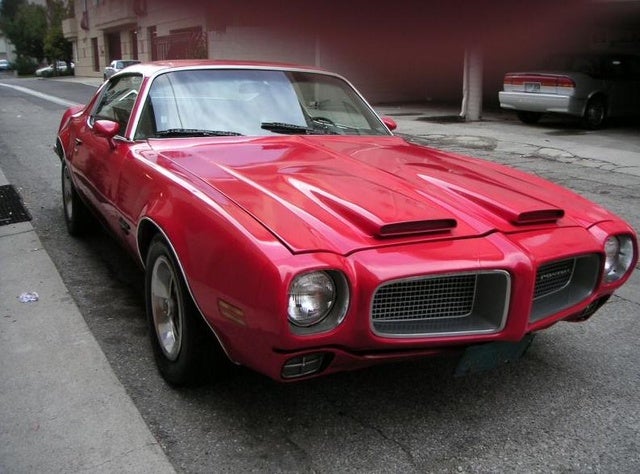 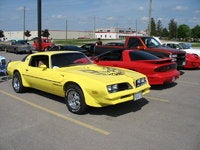 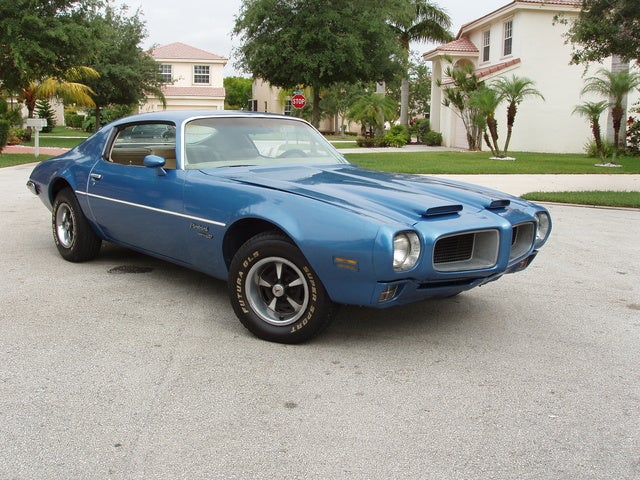 The Pontiac Firebird had always lagged behind its competitor pony cars in terms of sales and popularity, perhaps only because of poor marketing. A new style and legendary trim name for the 1970s would forever change the Firebird's place in muscle-car history.

Still following the same platform as the Camaro, with a slightly revised suspension and new rear stabilizer bar, the 1970 Pontiac Firebird was dramatically restyled for its second generation. Body edges became rounder, including the fenders and wheel wells, while the back window sloped almost fastback-like to the trunk. New single headlights were separated from the split grille by a durable body-colored molding that gave the Firebird a bumperless appearance.

New trim names and engines appeared for the 1970 Firebird. Base model coupes received a Chevy 250-cubic-inch straight six that produced 155 horsepower, which seems rather skimpy for a pony car. The Esprit was more luxury-minded and carried a 350ci 2-barrel V8 at 255hp. The Formula 400 was more muscle than comfort, with its 400-cubic-inch V8 producing 330hp. Both V8s came standard with a 3-speed manual or optional 3-speed automatic transmission, though the 400 could also get a popular 4-speed manual.

The true Firebird legend-in-the-making was the Trans Am, and this trim featured either the Ram Air III at 335hp or the Ram Air IV at an upgraded 370hp, with a four-speed manual. A rear spoiler, dual fender scoops, low suspension, performance tires, and a new rear-facing hood scoop accentuated the Trans Am's aggressive image. It was now available with blue stripes on white or white stripes on blue, with a stenciled bird on the hood and the Trans Am name on the spoiler.

The 1970 Firebird was poised to hit its stride as a top-line racing performer with expert handling. Owners love that it's so easy and fun to work on, and mostly they love its speed and performance on the highway. One complaint was the lack of air conditioning.

What's your take on the 1970 Pontiac Firebird?

Have you driven a 1970 Pontiac Firebird?
Rank This Car

Im Curious As To What The Biggest Engine That Would Fit Into A 2nd Gen Fire...

I'm looking at a second generation Pontiac Firebird that has no engine or transmission and would like to make it as fast as possible, naturally. I'm curious as to what the biggest engine that would ...

I have been restoring this car for 4 years, it is almost ready to drive. All of a sudden, I cannot turn the ignition key back to lock to remove the key. I removed the lock cylinder and it works fi...