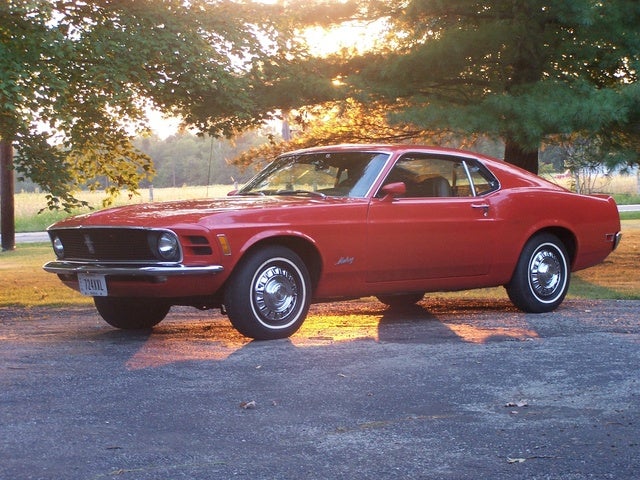 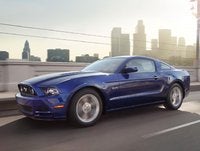 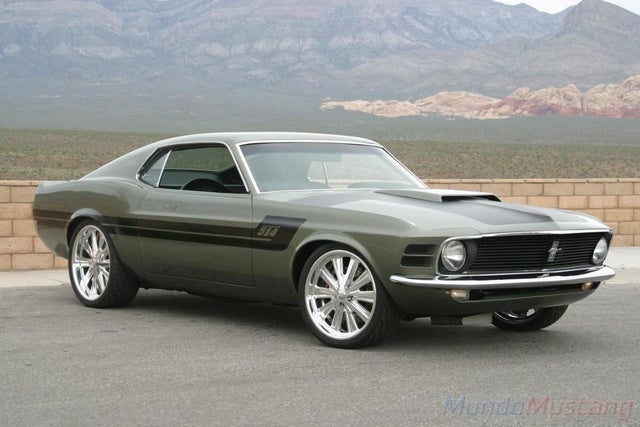 The 1970 Ford Mustang had several changes from the 1969 model. Changes included the return to two headlights, instead of the four featured in the '69, and the rear end got a bit of a butt lift, creating smoother lines for the American classic.

A popular Boss package, complete with whitewalls, was available in 1970. Along with the CJ 428 and SCJ 428, the line made for a great selection of powerful engines.

While there were major changes in the base models, if you were in the market for a 1970 Ford Mustang Shelby, the car you bought was probably made with the rest of the 1969s. Shelby had to push several of his cars from 1969 into the 1970 line due to an anticipated federally mandated push to make muscle cars more gas efficient and emissions careful.

Users ranked 1970 Ford Mustang against other cars which they drove/owned. Each ranking was based on 9 categories. Here is the summary of top rankings.

Have you driven a 1970 Ford Mustang?
Rank This Car

I have a 70 mustang coupe with a 302. I have changed it over to a 4V intake and carb. I have overheating problems ever since. I have done the following: 1) new water pump 2) 2 new thermostats. starte...

How Easy Would It Be To Take An Automatic 1970's Mustang And Convert It Int...

I have a 1970 mustang that has an automatic transmission and I really want to make it a manual. Is it a possibility or is it to much work?

I am trying to find information about changing my 1970 Mustang convertible Straight six 200 to a more economical 4.0 V6. After doing some research it is of my opinion that the V6 is lighter then th...

35 views with 6 answers (last answer about a year ago)

i have a 1970 Ford Mustang Grande (originally had a 302) I bought with no motor or tranny. A buddy told me he has an engine and tranny I could have pretty cheap its a 4.6 from a police interceptor

Lost the build sheet and vin for my 1970 Mustang. Is there any way to find it based on original purchaser information. Town ,Dealership etc.?