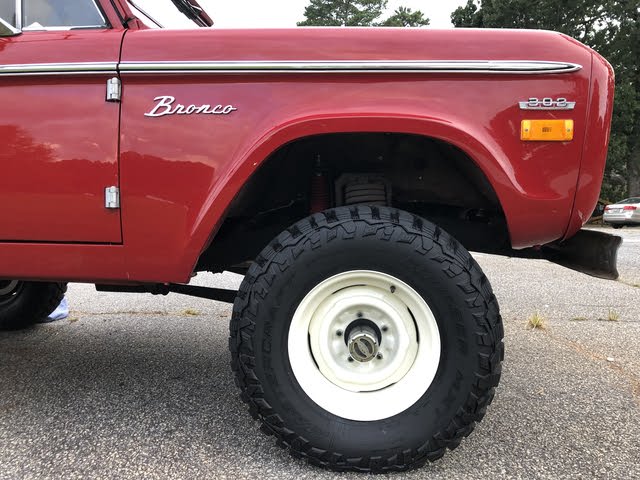 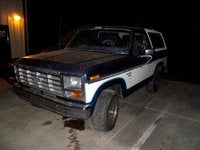 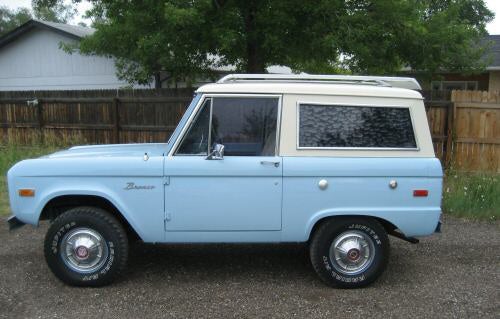 Ford created the Bronco as a no-frills, basic, inexpensive, fun truck for four-wheeling adventures. Its first engine was a 6-cylinder, 170-cubic-inch motor accompanied by an especially rugged fuel pump and a specially designed carburetor whose float bowl could handle severe tilting. The first models were pretty basic, without power steering or automatic transmissions.

In the early 1970s, Ford lost a lot of market share to Chevrolet as the more powerful, fancier Blazer pretty much wiped the floor with the Bronco. Ford did not invest much in changes for the Blazer during this time.

The very few changes to the Ford Bronco in 1970 included smaller main and auxiliary gas tanks (12.7 and 10.3 gallons respectively), along with an evaporative emissions recovery system. Ford also moved the reflectors and side marker lights. The Sport package now became an official model, no longer an optional add-on.

Still, Bronco enthusiasts were unfazed by the lack of new, exciting features. Many Bronco owners shared stories of their vehicles with like-minded gearheads on the Web (see links below).

Have you driven a 1970 Ford Bronco?
Rank This Car

Engine Code In The VIN

I want to swap my 2015 Toyota engine and transmission onto my 1970 ford bronco . Can I do this conversion

I am interested in selling my 1970 bronco but I don't want to be taken advantage of by someone who is aware of what I have. The body is very very rough doors are still there,new tailgate,front and rea...