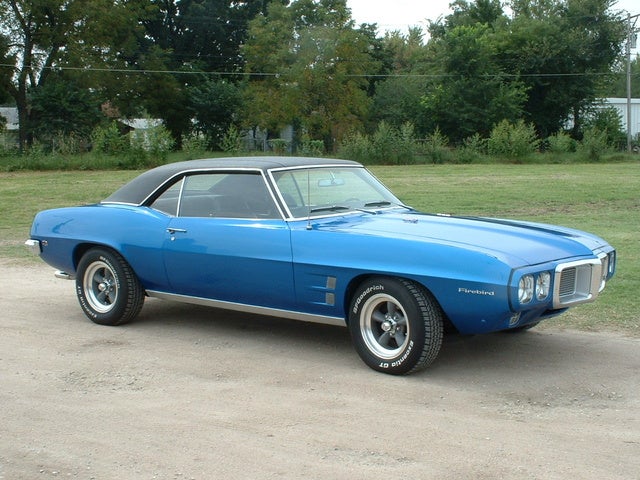 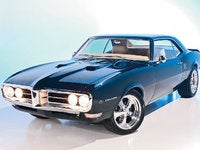 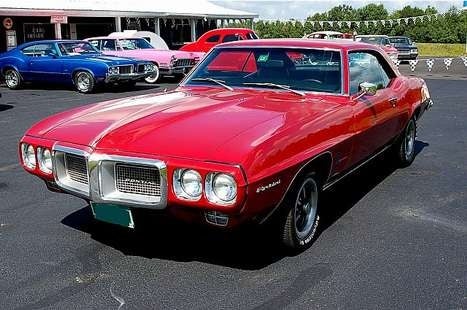 Though it wouldn't hit its popularity peak until the next decade and was consistently being outsold by the Camaro, in 1969 the Pontiac Firebird would introduce a model that would soon achieve the stuff of legends and, along with the Camaro, would become the only pony car produced continuously into the next century.
The 1969 Firebird came as a coupe or convertible with multiple engine choices in either 6 or 8-cylinder form. It got a new front end this year, with the four headlights now separated from the grille by body molding made of the invisible and indestructible rubber Endura material. In terms of engines, the 250 and 230 I6 in the base and Sprint trims remained the same, putting out 175-hp and 215-hp respectively. The 350 V8 2-barrel got 265-hp, but the High Output 350 4-barrel boosted to 325-hp. The 400 V8s remained the same, though a new Ram Air IV option became available, putting out 345-hp to the Ram Air II's 340-hp.

But the biggest news was the appearance of the 1969 Firebird Trans Am. Though Pontiac had to pay the SCCA for use of the Trans Am name, the deal has since proved worth the money, considering the immediate recognition of the name today. Originally sold as a Performance and Appearance Package, the Trans Am featured the Ram Air III at 335-hp, with a heavy duty 3-speed manual, or the Ram Air IV at 345-hp with a 4-speed manual. So though it didn't go any faster than the other 400 V8s, its performance and look was what put it on the way to cult status. It featured a rear spoiler, dual hood and fender scoops, lower sports suspension, large performance tires, bigger anti-sway bars, and a race-car look of blue stripes on a white background, further cementing its sporty image.

What's your take on the 1969 Pontiac Firebird?

Lucky This is the car my dad and his best friend died in, in 1969. They must have been cool AF.

Have you driven a 1969 Pontiac Firebird?
Rank This Car

where can I learn more about this car specifically. I have never seen one with a 2 speed power glide on the column and the interior, motor look original??

390 views with 4 answers (last answer about a year ago)

When I run through the gears, as the RPMs increase, my fan belt begins to squeal. Even on the highway in 4th gear if I get on it, it will squeal. The tension is correct (I don't think it should be any...

There are 3 different hoods for the 69 Firebird. The one I see the least has intake scoops close to the nose. This seems to be on a white 69 Firebird with blue stripes only. Is this a special mode...