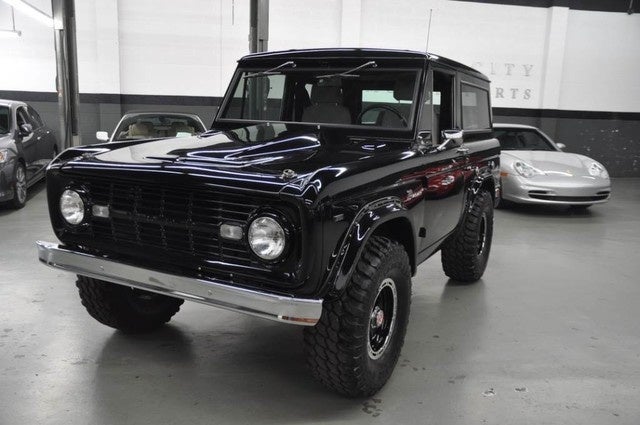 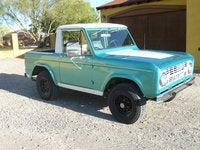 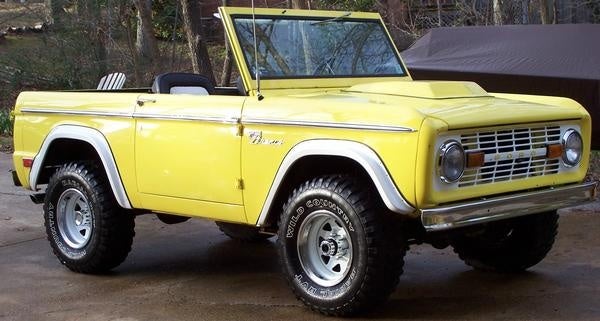 In the early days of SUV precursors, Ford introduced the Bronco (in 1966) to compete with the International Harvester Scout and with Jeeps. The Bronco started out fairly small, for an SUV, but became much larger in 1978.

Ford was innovative with the Bronco. Loosely based on the F-100 4WD truck, the Bronco could shift into 4WD on the fly and turn tight corners (34-foot turning radius) thanks to its coil springs and specially designed front axle. The Bronco was plain, inexpensive, and rugged. Its 6-cylinder engine sat above a 6-quart oil pan and the carburetor was modified to tolerate tilting.

In 1968, Ford introduced side reflectors and curved bumpers on its Broncos. Options that year included locking front hubs.

Owners of the '68 Bronco were often enamored of the truck; many found it to be a fun, reliable truck, one that seemed to ask for guys to give it a make-over with gigantic tires, suspensions to match, etc. However, some had problems with the
steering.

Have you driven a 1968 Ford Bronco?
Rank This Car

My headlights seem to be blowing out when starting the engine with the headlights already on. I changed out the voltage regulator and checked the grounds to the best of my ability, installed new hea...

How Much Money Can I Get For My 1968 Ford Bronco

What Is The Best Flowmaster Exahust System For A 1968 Ford Bronco?

I want to change from my current "aggressive" sounding muffler system (its a Flowmaster) to a "mild" sound, but I don't want to lose torque or handling. It seems there are several mild sounding Flowm...

hey every one. im looking at buying a 68 bronco with a 302 small block. and im wondering if there is any places on the vehicle i should be looking for problems such as rust and/ or other weakness of t...