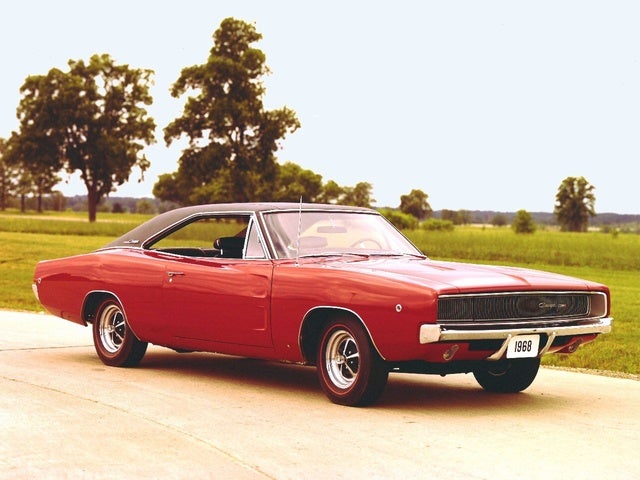 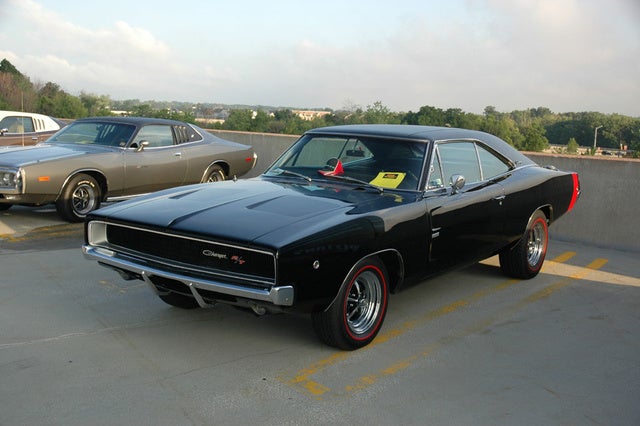 Chrysler did a major exterior redesign of its less-than-successful Charger and turned it into the coolest car ever made in the history of this or any other planet. If it could fit in a time capsule, it would be sent to outer space. The V8 engine options remained the same, a 318 in the base model, two 383 engines (2- and 4-barrel) and the 440 Magnum with 375 bhp, which was standard in the newly offered R/T package. For serious dragsters, the 426 Hemi, with 425 bhp, still ruled. Every model was available as a 3- or 4-speed manual or a 3-speed automatic. The platform and suspension were also holdovers from the original Charger. The Six Pack option wasn't available on the Charger until 1970. The Road Runner and Superbee had this option in 1969.

But it was the look of the car that proved the biggest hit. The much curvier, Coke-bottle design included hidden headlights, a recessed backlight, scoops in the hood and sides, a tunneled rear window and less chrome. Rounded taillights resembled exhaust pipes. The R/T high-performance model came with optional bumblebee stripes over the rear and around the sides. The 1968 Charger was 4 inches longer than the 1967 model, with a longer and lower-set hood that gave the impression of aggressive forward propulsion.

Six passengers could fit inside, with a fold-up center front seat option. The gauges were designed to resemble a cockpit, which, along with the curved body and side scoops, added to the aerodynamic feel of the car. A Rallye clock and map pockets added cool convenience. Both hard and vinyl tops were available, but three-quarters of sales were the vinyl-top coupe. Needless to say, it was a huge hit. Sales of the 1968 Dodge Charger were six times as great as the previous year and accounted for 16% of all Dodge sales that year. Guess I wasn't the only one who watched "Bullitt."

Brian how many were built with a slant six and column shift 3 speed ?

GuruHZ9M . . The cool round tail lights the racy instrument panel 150 mph Speedo top-loading gas cap and full 440 Magnum power will beat them all I wish I had my red and white 68 RT home again

Have you driven a 1968 Dodge Charger?
Rank This Car

Hiw Much Us A None Restored None Running 68 Charger Worth

Hiw mich is a none restored not running 68 charger worth

What year were seat belts first installed on the Dodge Charger?

I was curious, I found this thing while looking up a normal 68 charger, anyone know of any prototypes where made or not? I know it is only a concept but still.

own 1968 charger i have change points,ballast resistor,and coil it still crank but will not start