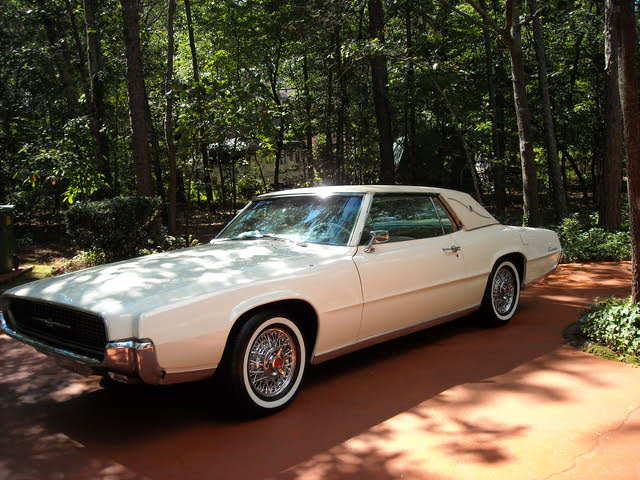 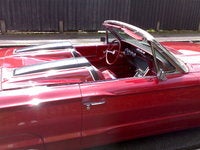 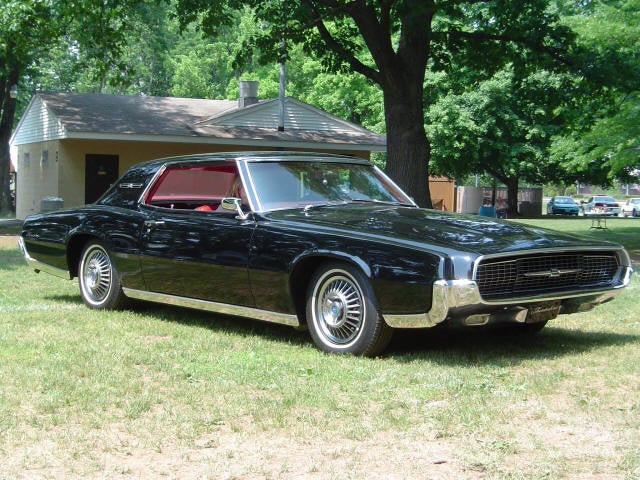 Ford redesigned its Thunderbird sports performance line from the ground up in 1967. The new look models were called the 'Glamor Birds,' to reflect their bold, flashy lines. The 1967 Ford Thunderbird was bigger than its predecessors: the growing success of the Mustang had inspired the guys in Dearborn to differentiate the TBird from its hot-selling Pony car, so the Thunderbird got a makeover and an upsizing toward the 'luxury car' class.

The '67 Thunderbird had a completely different look from past models. A futuristic re-envisioning of the front end drew its inspiration from aeronautics: the grille layout, with its recessed headlights, were meant to suggest a jet engine's intake. The convertible option was discontinued, and the 1967 Thunderbird was the first to offer a four-door body style (the rear-opening 'suicide doors' never quite caught on with the buying public, though).

Under the hood, the '67 Ford Thunderbird came off the line with a 6.3 liter/390 cubic inch V-8 that delivered 315 horsepower; buyers could upgrade to a 7.0 liter/428 cubic inch V8 with a 345-horsepower output. The '67 T-Bird is a real muscle car, with great performance in street and stock racing. But it's the wacky and distinctive design details (like sequential taillights, narrow rear window, and blocky C-pillars) that earned it the name 'Glamour Bird'.

What's your take on the 1967 Ford Thunderbird?

Have you driven a 1967 Ford Thunderbird?
Rank This Car

so I have a 1967 thunderbird with a 390 in it. Is it possible to twin turbocharge it and what specs would I need for that

Anyone out there know or have a 1967 T-bird for sale that is restored / or original BUT has been maintained properly ? This model year has proven to be very hard to find in very good condition ... th...

How To Fix A/C Compressor Switch ??

1967 Thunderbird coupe ... the previous owner installed an on/off switch for the A/C compressor directly below the steering column thru the stainless steel panel ... how to fix this ?? do I trace the ...

1967 Ford Thunderbird. Can You Tell Me How To Repair Or Locate Instrument ...

Need help figuring out where it is and how to repair it. Does anyone have a picture on how for installing it