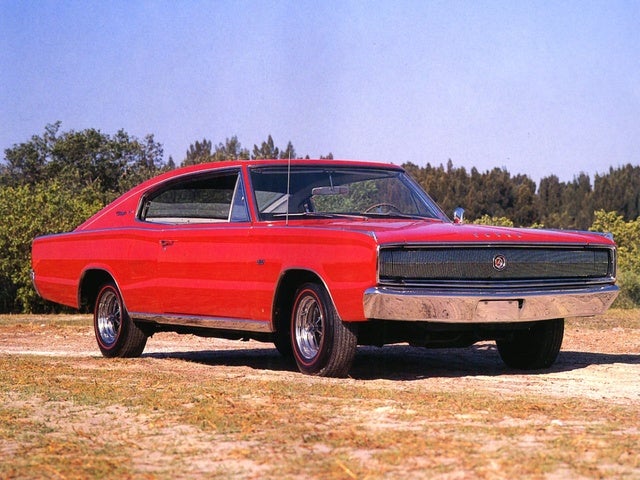 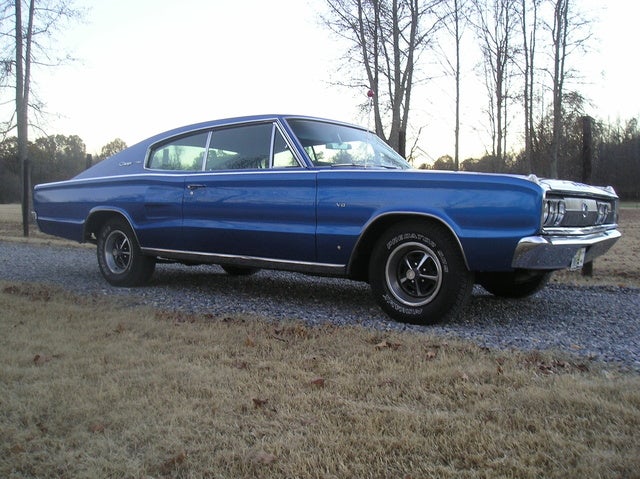 Introduced mid-year 1966, the 1967 Dodge Charger differed only slightly from its predecessor. The biggest change was two new engines. The optional 383 2-barrel, 270 bhp replaced the 361 2-barrel. A 440 Magnum was also introduced, rated at 375 bhp. The 440 was popular with street racers because it was cheaper and easier to tune than the 426 Hemi and could compete admirably for all but the most diehard racers.

Features that distinguished the 1967 from the 1966 model included turn signals mounted on top of the chrome trim on the front fenders. The full-length center console was removed and could be replaced by an optional regular console or by a folding armrest for the front seat if you wanted to fit three people up front. The placement of the optional bumper guards was changed, and the pattern of the tuck-and-roll upholstery in 1966 went side to side, but in 1967 the lines went top to bottom. A vinyl roof option was added to the standard hardtop.

The fastback era was approaching its end, which might explain why the 1967 Charger sold only half as many cars as in 1966. A redesign was in development for the following year.

Have you driven a 1967 Dodge Charger?
Rank This Car

ineed outside moulding where do i find it

I Am Just About Ready To Wrap Up My 67 Charger Project But Am Having A Prob...

Help I have installed a 440 engine in my 67 Charger on start up its leaking coolant from the exhaust manifod bolts.Anyone know why? Thanks Chris