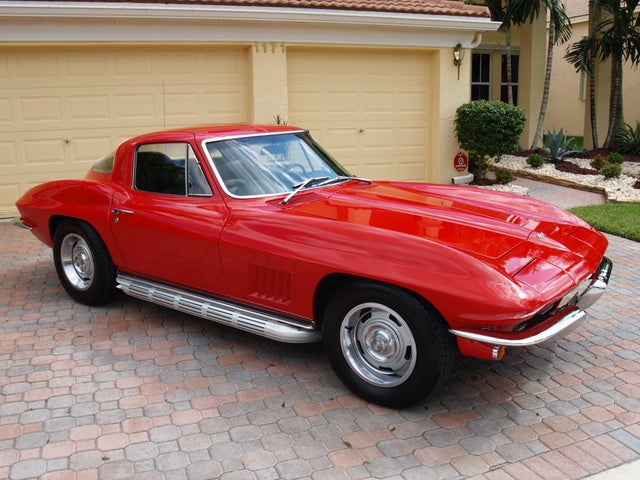 What could have once been considered impatience had potential to pay huge dividends to 1967 Corvette owners. Only 22,940 were produced, as Chevrolet anticipated buyers' wait for the newly restyled 1968 version. However, today, the 1967 is one of the best finds out there.

The RPO L88 427 engines are exceptionally rare, with only 20 sold. Advertised at "only" 430 horsepower, they actually generated over 500.

Originally planned as the first of the C3 generation, the 1967 instead celebrated the end of the C2's with typically outstanding performance and style.

What's your take on the 1967 Chevrolet Corvette?

Users ranked 1967 Chevrolet Corvette against other cars which they drove/owned. Each ranking was based on 9 categories. Here is the summary of top rankings.

Have you driven a 1967 Chevrolet Corvette?
Rank This Car

Do You Still Have The 67 Corvette.

My 1967 vet stalls after driving it for approx 15 minutes. If I wait a few minutes it starts back up only to repeat the problem. It has 3/2 barrel Holly carbs and they have been rebuilt. Can it b...

What is the distance in inches on 1967 with big block, from 4bbl carb stud to the rear hood opening body flange in the engine compartment?

What Kind Of Value Does A 67 Vette With 327 Fuel Injection Bring If All Num...

Good evening, looking to by a red 67 corvette with a 327 fuel injection what kind of numbers will it take to purchase this car. The car seems to be in fairly nice shape. Thanks for your input