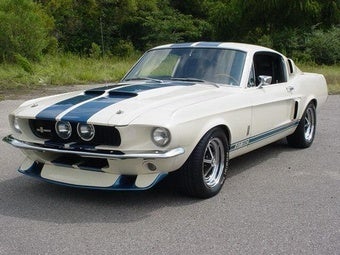 After the Mustang had such a successful year in 1965, Ford smartly decided to leave the car pretty much as it was for 1966. The largest changes were a revised instrument panel intended to make the car more "Mustang-y" than "Ford-y," and the Mustang horse logo appearing in the center of the grill, as it has remained. The GT package was sold twice as often as in 1965, up to 30,000 from the previous mark of 15,000.

Percy I absolutely love the Mustangs of the 60's with the 66 Convertible at the top of my all time fav vehicle. Was never overly fond of the fastback strickly based on appearance.

Have you driven a 1966 Ford Mustang?
Rank This Car

I have a 1966 Mustang and the VIN is not 17 digits. The form will not accept the VIN. How do I get past that box so that I can advertise my car for sale?

Anybody Have A Low Mileage, Rebuilt Ford 200 Engine They’d Like To Sell ?

I CANT PUT MY VIN NUMBER

On a '66 do the wheel bearings need to be re-packed occasionaly, or are they sealed for life?

What Year Mustang Has The Back Window Fins

what year mustangs has the back window fins?