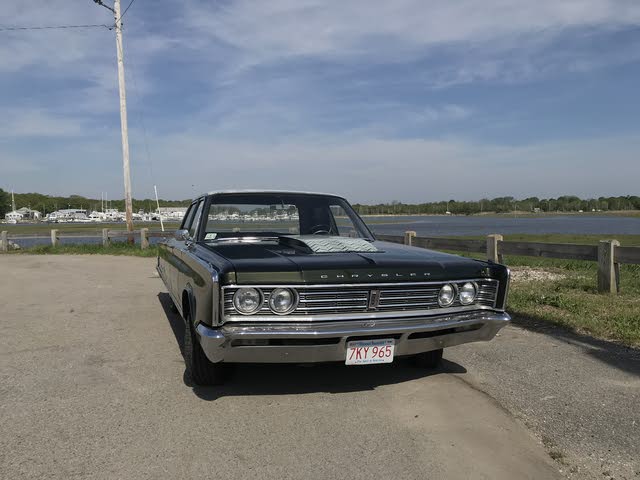 Have you driven a 1966 Chrysler Newport?
Rank This Car

it was a retired unmarked virginia state police car. had a 360ci v8 with a top speed of around 135 mph. nice interior very roomy. this thing was a tank. it could survive almost any car accident. en... Read More

It was a wonderful car also my first car. It ran good but had transmission problems. It was as big as a whale!! At todays gas prices it would be a bad car to own for everyday use!! It was owned by ... Read More

The Boat By Karl

17 and a half feet long and six feet wide, it truly was a boat on the highway. I loved it for it's time and place in my life, but I really wouldn't want to have to drive it today. A classy, classic... Read More

this was an awsome car to drive. loud and fast. i called it the mustang eater. didnt like the interior but outside was cool. wish i still had it. there was only 4 in alberta that was recorded to be on... Read More

It wins an award in almost every car show it is entered into. Driving this car is an absolute dream. It rides as smooth as a Cadillac, actually, all autos of this era rides much better than the ligh... Read More

it was a really nice car. had a 400 cubic inch engine. huge on the inside and really comfortable. needed a lot of work. got as far as getting it to turn over and run (briefly) and getting the brakes t... Read More

Have you driven a 1966 Chrysler Newport?
Rank Your Car →