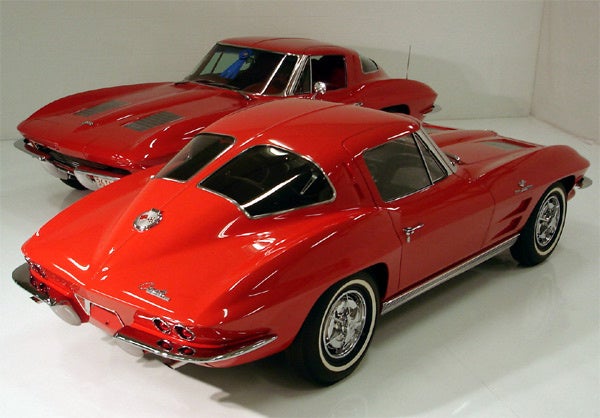 1963 was the debut year of the Corvette Sting Ray, the first Corvette to be offered as both a coupe and a roadster. This car is known for its futuristic design, sleek stying, and split rear window. The split rear window was panned by critics, and as a result, many owners replaced it with a single window offered by Chevrolet, which was standard equipment for the next model year.

The 1963 remains one of the more popular models of the Corvette and still retails for an excellent price. Although offered with basically the same engines as the 1962 version, the beauty of the exterior has turned this car into a true collectors' item.

On a scale of 1-10 for collectability, one specialist gives the split-window Corvette a 10, and if he were to sell a high-quality version in an auction, he wouldn't let it go for less than $150,000.

What's your take on the 1963 Chevrolet Corvette?

Have you driven a 1963 Chevrolet Corvette?
Rank This Car

How Do You Remove The Battery From A 63 Vette

I have lifted the expansion tank and gotten the battery on its end, but it doesn't seem to have sufficient room to lift it out

580 views with 4 answers (last answer about a year ago)

What Are Optional Original Numbers?

Hi I have corvette split window 1963 I want to know the normal temperature is 180 ? Thanks