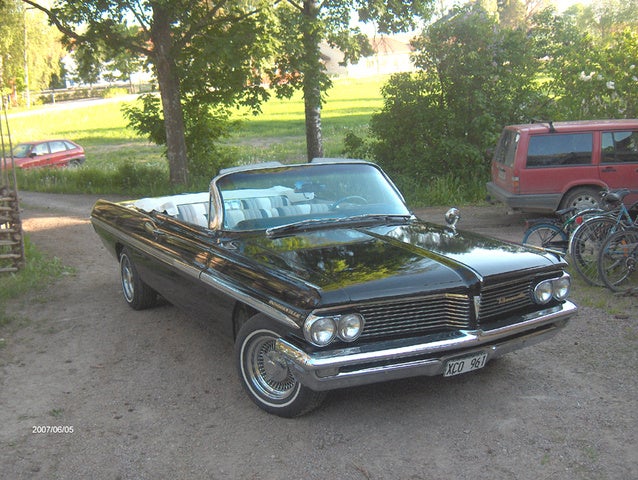 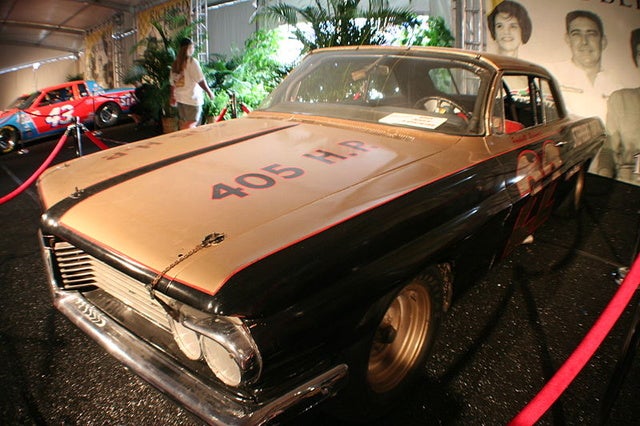 "That Bonneville sweet talk," as one ad proclaimed, was helping to propel Pontiac to become one of the top three sales leaders in 1962. Production numbers also increased significantly this year for all models (Vista sedan, coupe, convertible and Safari wagon), though as usual, the station wagon had a very limited production.
The 1962 Bonneville was still marketed as the only car with wide track design, which was supposed to improve handling and expand seating room for up to 6 passengers. The Tempest V8 engine ranged from the 200s to 300s in horsepower as you traded the standard 4-barrel carb to a TriPower.
It was a different world back then, and it's hard to believe there was a time when seat belts were only an option in cars. Other interesting 1962 Bonneville options included the beautifully named Magi-Cruise cruise control, power windows, a 6-way power seat, tinted glass, anti-glare rearview mirror, reading lights, windshield washer, and a rear window screen for the Safari wagon. Power brakes and steering came standard, along with the carpeted and walnut interior. There were also two-speed wipers and a clock. Leather or Morrokide seats were standard, depending on the model.

What's your take on the 1962 Pontiac Bonneville?

Have you driven a 1962 Pontiac Bonneville?
Rank This Car

How many 1962 Pontiac Bonnevilles were made with a 4 speed manual transmission?