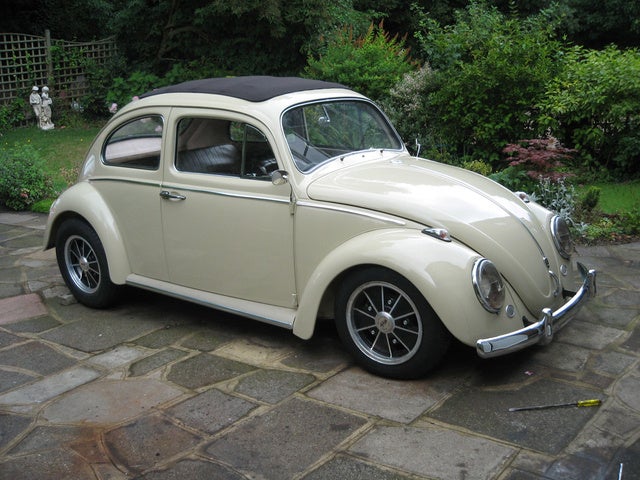 For the first time in several years, the Volkswagen Beetle got a bump in power. The output of the Beetle's four-cylinder, 1200cc (1.2-liter) aluminum-magnesium engine was increased to 40 horsepower, up from 36 the previous year. Upgrades were also made to the Beetle's fuel pump, transmission, fuel tank, cooling fan, and starter switch.

In addition, the brake-fluid reservoir was now transparent, so you could see the fluid level, and the heater pipes were enlarged.

Other features of the 1961 Beetle included sun visors for the driver and passenger, coat hooks, assist straps, an automatic windshield washer, an overhead light, and luggage space under the front hood and in a three-foot carpeted compartment behind the rear seat.

What's your take on the 1961 Volkswagen Beetle?

Have you driven a 1961 Volkswagen Beetle?
Rank This Car

Just bought a 1961 Volkswagen Beetle. Haven't brought it home yet. The appraisal had it listed as a 3 speed. I thought the 1961 was a 4 speed. Thanks Shawn

I now own my Dad's 1961 VW Beetle, all original survivor, garaged its whole life, in very good condition (some patina on chrome parts), just turned 50,000 miles, engine is clean, one family owned. ...

looking for price and avilabilty of a 1961 restored VW Beetle?

How Does The Gears Shift In The 61 Beetle

What Is The Length From One Door To The Other Door?