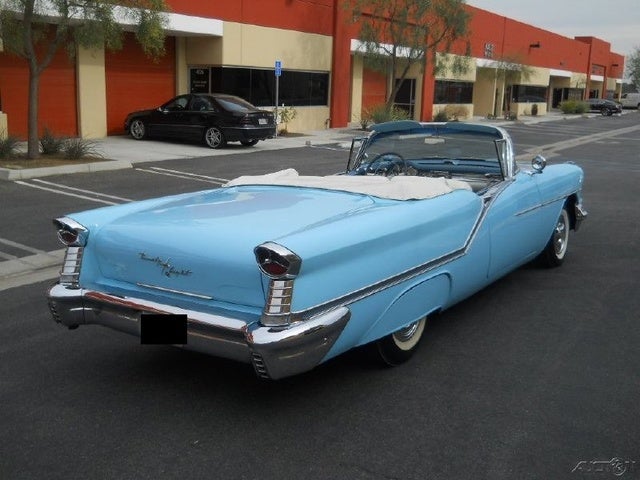 Have you driven a 1957 Oldsmobile Ninety-Eight?
Rank This Car

It Gets From A To B By racko24

runs good. tranny shifts hard. its reliable and gets me from work to home everyday. a little noisy because of harmonic balancer. clunking goes away when you get into a higher gear. its nice on the ins... Read More

This car was GREAT when I first got it, except for the fact that the front right tire came off the car while going down the freeway on the way home from some volleyball camp (I wasn't driving) and eve... Read More

It´s a full size car with a powerful mid size engine, the car is well built and luxury is the greatest deal in this car. Read More

This car is a beauty especially if you like olds. She doesnt have much performanmce especially in the acceleration area, but i still love her, and i have gotten her up to 110 (dont ask how ;) She ca... Read More

Performance is better than any other car i've had, with not too bad fuel economy to boot! It is ugly as sin for sure though but you just can't beat heated leather seats! And it has a sun roof with a h... Read More

I love this car it is confortable fun to drive and the car does not beat you to death on long trips I get about 17 mpg in town and 24 on the highway. No more than normal repairs, brakes, sway bar link... Read More

I'd Buy Another One By Paul

I got the car for a very good price, I bought it because of the mileage. It has turned out to be a great car. The L24 3800 has some power, and the car is very comfortable. I can get 32 MPG on the high... Read More

I owned the car at the end of its life, there were lots of little problems with all of the electronic gadgets. It rode like a cloud if there were no bumps, got great gas mileage, and started every tim... Read More

Have you driven a 1957 Oldsmobile Ninety-Eight?
Rank Your Car →