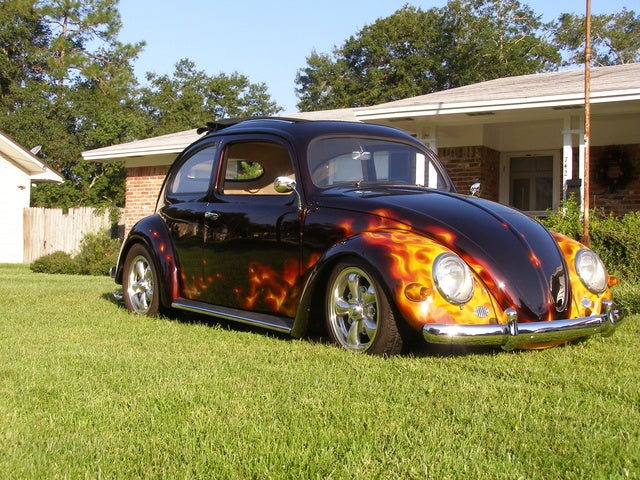 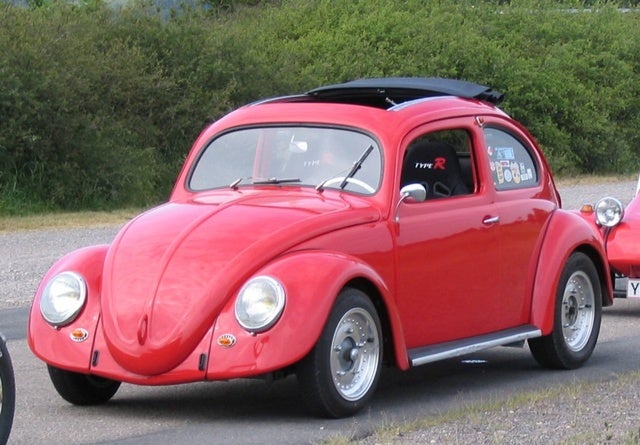 While, at first glance, the Volkswagen Beetle's exterior changed little for 1956, a number of updates were made to the vehicle, both inside and out. Tubeless tires were now standard equipment, for instance, and the optional sunroof (which VW noted could be opened, closed, or adjusted while driving at full speed!) was smaller and made of plastic, replacing the previous year's cloth sunroof.

Minor alterations were made to the gear shift knob (now curved) and the heater knob (which was moved forward), and the horsepower for the starter motor was increased. In addition, the gas tank was redesigned to provide more luggage space, and the front seats were now wider and adjustable.

Features of the car, which were noted in VW's brochure for the '56 Beetle, included vent wings in the front windows, which could be pivoted to provide fresh air to the cabin, and a built-in heater. The car's air-cooled, four-cylinder engine produced 36 horsepower.

What's your take on the 1956 Volkswagen Beetle?

Have you driven a 1956 Volkswagen Beetle?
Rank This Car

Where Can I Get Front Seats?

Were rebuilding an old VW Beetle and my daughter wants the low back seats. If I could find at least the frames the rest would be easy. Any help greatly appr. Bob

I have one that was being restored then has sat for years need to sell it. Any ideas on what to ask for it. Have all the aprts to put it back together.

I have just bought a 1956 type 1 bug imported from Germany and it does not have he "W" stamped into the tin of the rear deck cover and the front signal lights are mounted on top of the front fenders. ...

How Much Is My VW Worth

I am selling my 1956 oval window VW and am having ahard time figuring out how much to sell it for. It has almost all been redone ( brand new the entire outside, custom paint, custom interior) brnad ne...