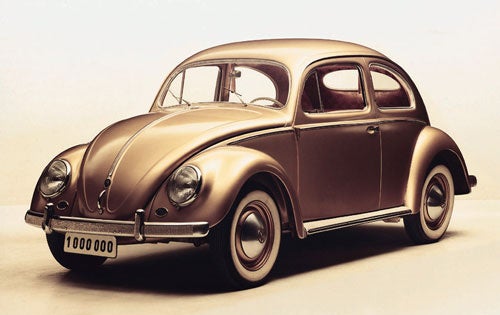 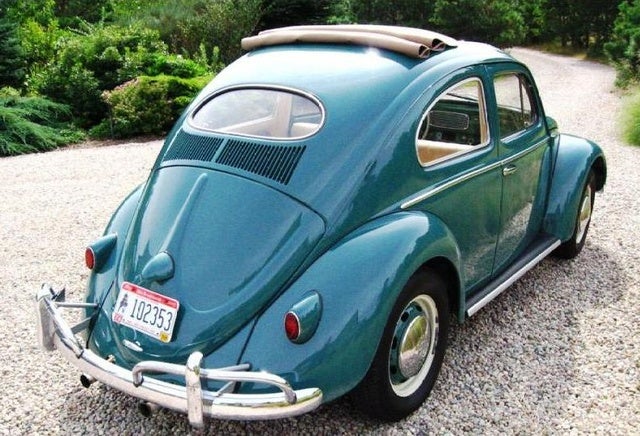 The popularity of the Volkswagen Beetle continued to grow through the mid-1950s, so much so that in its advertisements of that era, VW promoted the fact that the Beetle sold more units in North America than all other imported cars combined. VW focused on economy, comfort, and ease of maintenance as the car's main selling points.

For 1955, the Beetle came with an air-cooled 1200-cc (1.2 liter) engine that required no anti-freeze, according to the company's ads. The engine was mounted in the rear, so that its weight provided traction to the rear wheels. VW also trumpeted the fact that, similar to luxury and race cars, the Beetle had torsion bar suspension on all four wheels.

As far as new features were concerned, the '55 Bug got flashing blinkers mounted on the front fenders, which replaced the semaphores found on previous-year vehicles. Other minor updates included moving the gear shift knob forward a bit, and the addition of a dished (as opposed to a flat) steering wheel.

One other VW-related factoid of note: In 1955, Volkswagen of America officially incorporated in the United States, with its headquarters in Englewood Cliffs, New Jersey. The company moved around a bit, spending most of the '90s in Auburn Hills, Michigan, but is now based in Herndon, Virginia.

What's your take on the 1955 Volkswagen Beetle?

Have you driven a 1955 Volkswagen Beetle?
Rank This Car