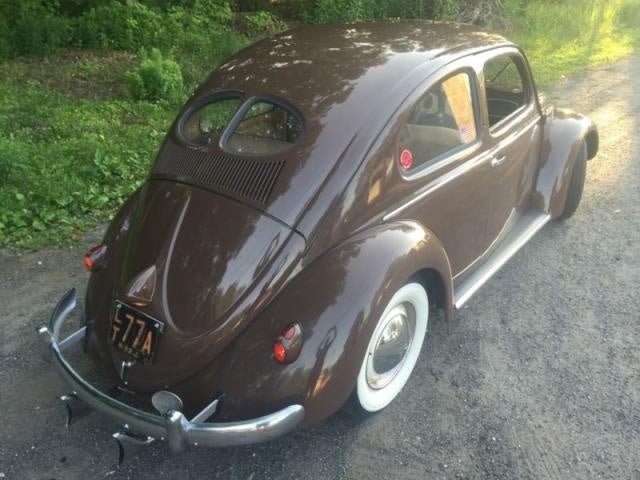 By 1952 the Volkswagen Beetle was starting to gain traction in the U.S., and VW continued to make small upgrades to the vehicle. While it retained its split rear window (it would be the last year for this distinctive design feature), 15 x 5.6-inch tires were added, as were pivoting front vent windows, and vent flaps in the quarter panels were discontinued (they lasted only a year).

Inside, the two open bins in the dash were replaced with a single glovebox with a door. A rotary control knob replaced a pull-type knob for the heating system. And the turn signal control switch was moved from the dashboard to the steering wheel column.

Outside, one of the most significant changes was the replacement of a single center-mounted tail and brake light with twin ones on each rear fender. Bumpers and guards were also larger and stronger for the '52 model.

The transmission was upgraded, so that the second, third, and fourth gears were sychronized (called synchromesh). It was linked to an air-cooled engine that generated 25 hp.

What's your take on the 1952 Volkswagen Beetle?

Have you driven a 1952 Volkswagen Beetle?
Rank This Car

What Should I Pay

Looking at a 1952 splitwindow vw. in running condition person is asking 4k. What is value on this car